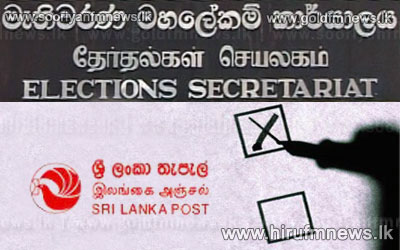 Postal Voting in view of the forthcoming Northern, Central and North Western Provincial Council Elections will be held today and tomorrow.

The polling cards will be handed over to the District Election Offices on the 11th of this month.

On the Election Day 40 thousand public servants will be deployed on election duty.