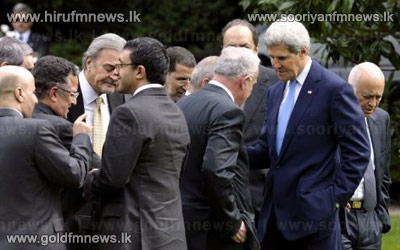 US Secretary of State John Kerry says he and Arab League foreign ministers have agreed that the Syrian presidents alleged use of chemical weapons crossed a "global red line".

Kerry, speaking in Paris, is in Europe to muster support for action against President Bashar al-Assad.

He said that "Assads deplorable use of chemical weapons crosses an international, global red line”.

Assad has reportedly again denied any link to the attack.