JHU to not take part in the PSC in future 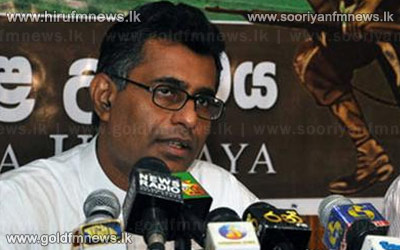 The JHU states that it will not take part in the Parliamentary Select Committee appointed to solve the national issue henceforth.

General Secretary of the JHU Minister Patali Champika Ranawaka made this statement while speaking at a press conference held in Colombo today.

The main focus during this press conference was the election manifesto presented by the Tamil National Alliance.

Opinions were expressed in this regard during press conferences held by the Collective of National Organizations as well as the UNP.