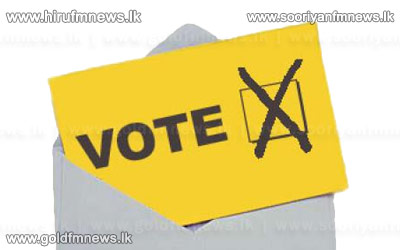 Election Observers stated that postal voting which began today was held peacefully in the North, the North Western and the Central Provinces.

11 thousand 383 government servants have been qualified for postal voting, and the voting will be held tomorrow as well.

PAFFEREL Executive Director Rohana Hettiarachchi described to our news team about today’s voting in the 3 provinces.