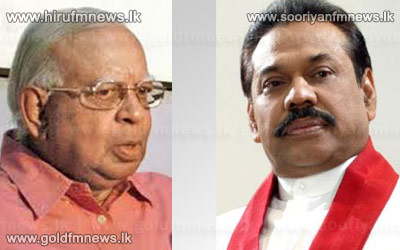 In a letter to President Mahinda Rajapaksa, TNA Leader R. Sampandan asked yesterday an assurance from the President that the Northern Provincial Council election will be held democratically.

He also stated in his letter that certain incidents currently taking place in the North have frightened the voters to go to polling.

R. Sampandan stated that democracy was restored in the North after several decades, and requested the President to prevent such rights being denied to the Northerners.

Meanwhile a public opinion among different segments of the society is building up on the TNA election manifesto which was launched recently in Jaffna.

Sri Lanka Lawyers Guild is preparing to take legal actions against the TNA accusing that its manifesto is contravened to the Constitution.