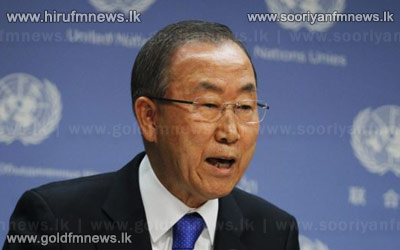 Ban told reporters he may propose the zones to the UN Security Council if UN inspectors confirm the use of the banned weapons.

He said it would also be a bid to overcome the 15-nation councils "embarrassing paralysis" over the Syria conflict.

His announcement came after Russias Foreign Minister Sergei Lavrov urged Syria to place its chemical weapons under international supervision to head off the threat of a western military strike.