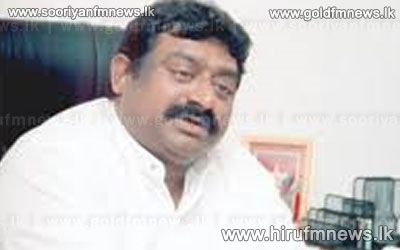 CWC Leader Minister Arumugam Thondaman was released on a 75 thousand rupee personal bail today by Nuwara Eliya Magistrate Sampath Hewawasam when the Minister and 7 other suspects were produced before the Court for threatening the Talawakele Police.

A clash was erupted between supporters of Minister Thondaman and

MP P Digambaran at the Commercial area of Dimbula Patana in Nuwara Eliya on the 19th of last month.

The following day, Minister Thondaman had behaved rowdily in Talawakele police station blaming that police failed to investigate the inquiry against Digambaram promptly.

The case will be taken for hearing again on the 22nd of this month.

The CID submitted its investigation report on the murder of Bambalapitiya Businessman Mohammad Siyam to the Attorney General today.

8 suspects including former DIG Vass Gunawardana and his son Ravindu Gunawardana were produced before the Colombo Additional Magistrate Mohammad Sahabdeen today in connection with the case.

One suspect reported absent as he was produced before the Galle Magistrate in connection with a different case against him.

When the case was taken for hearing, CID ASP Shani Abeysekera informed the Court that statements from 18 persons have been taken in connection with the Mohammad Siyam murder.

The case is fixed to be taken again on the 24th of this month.