A petition to the appeal court requesting that the election in the North be banned. 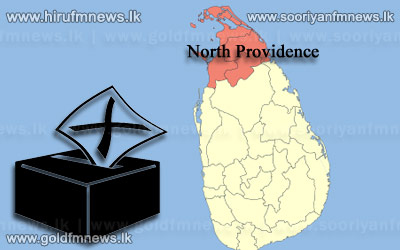 A petition was filed at the appeal court yesterday petitioning that a writ ordinance be issued banning the Northern Provincial Council election.

That was by the Sinhala National Front Secretary.

The SNF secretary has said that the holding of this election be prevented till land mine removal in the North and resettlement of Sinhala and Muslim families removed from the North during the war are completely over.

Our court reporter said that in the petition it had been petitioned that the opening of ballet boxes containing polling cards with already cast votes relevant to the Northern Provincial Council election be banned.

The petition also requests that the election be postponed till hearing of the petition are over and a full investigation held calling to courts all named respondents including the Election Commissioner.

Meanwhile several more Government officers including the Election Commissioner are scheduled to appear before the Human Rights Commission today.

Human Rights Commissioner Dr. Prathibhaa Mahaanaamahevaa told our news team that a special discussion about the Provincial Council election will be held today.