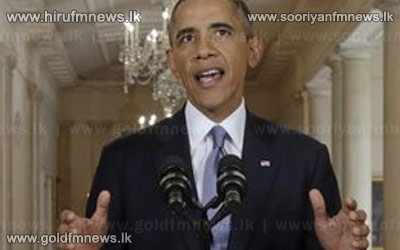 President Obama says he will pursue diplomatic efforts to remove Syrias chemical weapons but has ordered the US military to "be in a position to respond" if such measures fail. In a televised address, he said he had asked Congress to postpone a vote authorising the use of force. The US has threatened air strikes after a chemical weapons attack killed hundreds in Damascus last month. Russia has proposed such weapons be placed under international control.