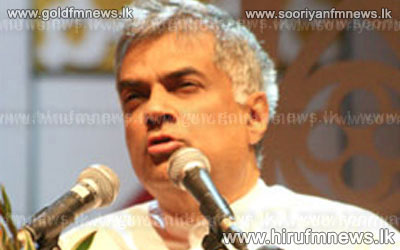 Opposition leader Ranil Wickramasinghe states that public of the North have more immediate and important concerns than the merging of the Northern and Eastern Provinces.

Speaking at an election rally held at the Nallur Park in Jaffna he further stated that the United National Party is the only party capable of uniting all Sri Lankan races.

Elaborating further the opposition leader stated that the North required a political solution and to achieve that the approval of the international community and the support of the public of the South is needed.