Bottled water sold without permission of Ministry of Health seized. 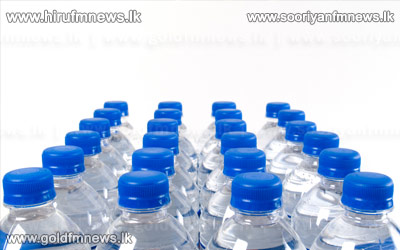 Health officials of the Colombo Municipal Council today discovered a stock of water bottles that were sold without the permission of the Ministry of Health using fake registration numbers.

These water bottles were discovered following a raid on shops located along Bastian street in Pettah.

Speaking to our news team the chief medical officer of the Colombo Municipal Council Dr. Pradeep Kariyawasam stated that a stock pile of rotten fruit was also discovered during the raid.

Based on an earlier investigation carried out by the Consumer Affairs Authority through the Government Analyst it was discovered that bottled water sold in eateries in Pettah contained various types of oil and grease.

The manufacturing plants that had bottled the water containing these oils and grease had obtained the standard certificate as well as the recommendation of the Ministry of Health.