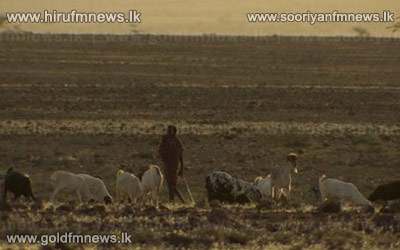 A huge new water source has been discovered in the arid Turkana region of northern Kenya, which could supply the country for 70 years.

The discovery brings hope to the drought-hit region.

The Lotikipi Basin Aquifer was found using satellites and radar.

Last year, scientists released a map detailing the vast reservoirs which lie under much of Africa.