Request to cancel election in the North presented to Attorney Gerenal 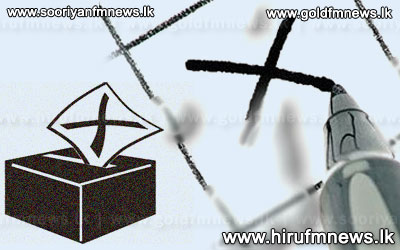 The Ravana Balaya Organization has requested the elections commissioner to cancel the Northern Provincial Council election.

Representatives of the organization had made this request after meeting the commissioner at the election secretariat in Rajagiriya today.

Speaking to the media subsequent to the meeting the Secretary of the Ravana Balaya organization venerable Iththakande Saddathissa Thero stated that the election manifesto presented by the Tamil National Alliance is a step towards creating a separate rule within Sri Lanka.

Meanwhile, the human rights commission has provided state officials and the police, benchmarks to adhere to in order to ensure that the provincial council elections will be held independently.

A commissioner of the human rights commission Attorney At Law Prathiba Mahanamahewa stated that a special meeting in this regard had taken place this morning.