Freedom to argue and hold different opinion is restored, says the President 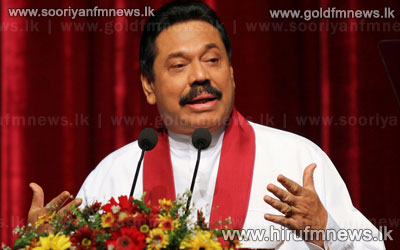 President Mahinda Rajapakse states that everyone has been granted the freedom to argue and to hold differing opinions.

President Rajapakse made this statement while speaking at a public gathering held in Poodaluoya region in the Nuwara Eliya district.

Meanwhile, President Rajapakse stated that he condemns the election manifesto of the Tamil National Alliance during a meeting held between the president and representatives of Tamil media institutions this morning.

Elaborating further during the meeting the president stated that the government is dedicated to hold an independent election in the North.

The President also elaborated regarding the rapid development that is taking place in the North.