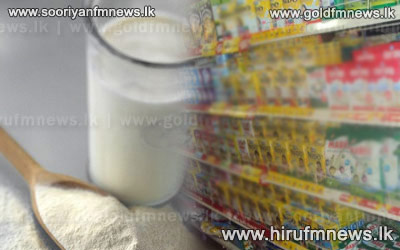 The Health Ministry announced this afternoon that it had decided to allow the products that contained Whey Protein to be sold in the market after several tests proved that these products were free of Clostridium Botulinum bacteria.

Health Services Trade Union Federation said that the Health Ministry statement today is contradictory to that of its previous statements issued regarding the contaminated milk product.

Explaining further the issue to the media, Health Services Trade Union Federation Co-Chairman Ravi Kumudesh had this to say.

Journalists questioned with regard to the Health Services Trade Union Federation claim at the media briefing to inform the Cabinet decisions held in Colombo this afternoon.

Cabinet Spokesman and Media Minister Keheliya Rambukwella had this answer to journalists.