A telephone call from Australian New Premier to the President 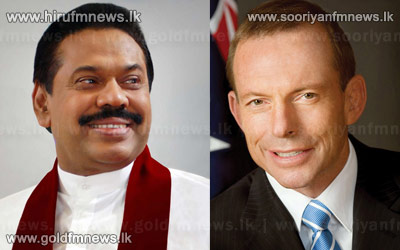 TONY Abbott has put regional and people-smuggling priorities ahead of global foreign policy, speaking to the leaders of Indonesia, Papua New Guinea and Sri Lanka before Barack Obama.

The two agreed to have comprehensive discussions during the Commonwealth Heads of Government Meeting in Colombo in November.

Details of the conversation emerged as a report by the parliamentary library revealed Australia spent more than 3 billion dollars a year, on asylum-seekers, with the cost of detaining and intercepting boat people among the heaviest.