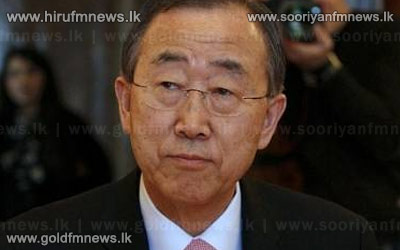 A UN report expected next week will "overwhelmingly" confirm that chemical weapons were used in Syria last month.

UN Secretary General Ban Ki-moon made no comment on who was to blame for the 21 August attack in the Ghouta area of Damascus, as that is not part of the reports remit.

But he did say Syrias president was guilty of "crimes against humanity".

The US and Russian foreign ministers are continuing their talks on a plan to make safe Syrias chemical weapons.