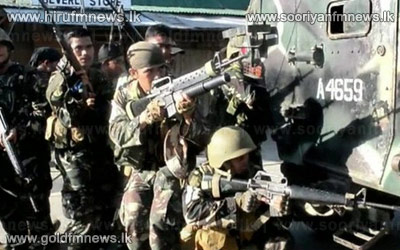 Fighting has resumed between government troops and Muslim rebels in the southern Philippines, despite a recently agreed ceasefire.

Officials said troops were battling to retake a series of villages near Zamboanga city, where members of the Moro National Liberation Front are holding about 100 people hostage.

More than 50 people have died in the violence, now in its sixth day.

Another 60,000 people have fled their homes and a curfew is in place.