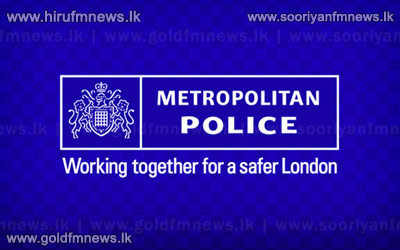 The Ministry of External Affairs has intervened to remove the LTTE emblem that had been on the website of the London Metropolitan Police.

Ministry Secretary Karunathilaka Amunugama stated that no soon as they came to know about the matter it was raised with the relevant diplomatic channels.

Tamil Eelam lobbyists suffered a setback when a ruse to project the LTTE flag as the official symbol representing the Tamil language on two websites was spotted by the Sri Lankan High Commission in London.

With the respective national flags depicting the countries where the particular languages are spoken, in the case of Tamil, the LTTE flag or a slightly doctored version to make it easier to sneak pass the British authorities was displayed as the Tamil National flag.

On seeing this attempt to hoodwink viewers of the website, the Sri Lankan High Commission immediately wrote to the Foreign and Commonwealth Office in London protesting against this grave distortion by the Metropolitan Police.

Acting High Commissioner, Neville de Silva said it is an insult to the Tamil language and culture of millions of people around the world to be told that an LTTE-like flag represents their language.