A PC requesting a separate state creates a rift with the government; says President. 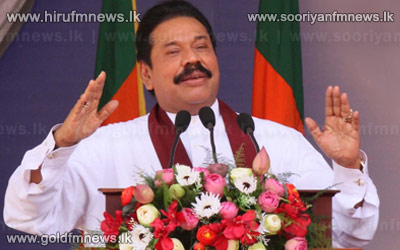 President Mahinda Rajapakse addressing a meeting held in Mulathiv today stated that if a provincial council request a separate state it will create a rift with the government and in turn hinder development.

Speaking further President Mahinda Rajapakse had this to say....

President media unit stated that during a meeting at Dorai- appa stadium in Janna yesterday these TNA members have expressed their support to the President.

Provincial councillor of the Vatu-godai pradeshiya saba and chief organiser Weerasingha Sivakumar are among the TNA members.

Meanwhile, senior TNA member Marinikkam Logasingam also met with the President and expressed his support to the alliance.