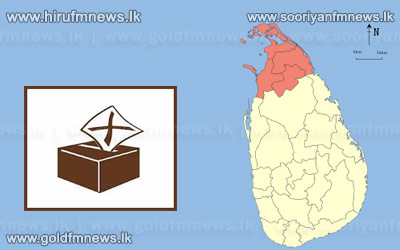 The Elections Department says that foreign election observers who are currently in the island to monitor the forthcoming provincial council elections will tour the North today.

A group comprising 13 representatives from countries such as India, Pakistan, Bhutan and Afghanistan arrived in the island day before yesterday.

The delegation met with the Elections Commissioner, representatives of Political parties and local election monitors yesterday.

They are scheduled to meet with the IGP today and will then head to the North.

Executive Director of PAFFEREL Rohana Hettiarachchi when inquired by our news team stated that they are prepared to monitor the forthcoming elections jointly with the foreign observers.

Meanwhile, a meeting organized by the Unity Alliance of All Races in Norochcholai in Kalpitiya was attacked last evening.

Leader of the Nawa Sihala Urumaya Sarath Manamendra stated that 8 persons including General Secretary of the Nawa Sama Samaja Party Dr Wickramabahu Karunarathna were injured in the attack.

Leader of the Nawa Sihala Urumaya Sarath Manamendra stated that supporters of Former Fisheries Minister of the North Western Province Sanath Nishantha and Chairman of the Kalpitiya Pradeshiya Sabha had carried out the attack.

Meanwhile, we inquired from the Former Fisheries Minister of the North Western Province Sanath Nishantha regarding these allegations.