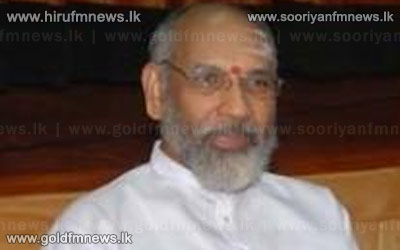 Wigneswaran told The Hindu that people in the South could fuss over the demanding of a Tamil Eelam by the Tamil Nadu political leaders.

Seeman told that the concept of a separate Eelam State was introduced at the first time by Feral Party Leader S.J.V. Chelvanayagam.

Wigneswaran also pointed out during the interview that some remarks by certain Tamil Nadu politicians about the LTTE could put the Sri Lankan Northern Tamils in jeopardy.

Replying to Wingeswaran’s statement, Seeman said that the Northern Provincial Council election was a result of the influence made by Tamil Nadu politicians and the Tamil Diaspora, thereby it enabled Wigneswaran to become the Chief Ministerial Candidate.

Referring to a Wigneswaran’s statement where he described the dispute between Sinhala and Tamil people as a disparity between the husband and the wife, Seeman asked Wigneswaran to explain the relationship with New Delhi.

However Wigneswaran told a media briefing held in Jaffna yesterday that The Hindu newspaper had distorted his interview.

However TNA leader R. Sampandan said that no separatist proposals are included in his party manifesto.

Meanwhile Minister Weerawansa charged the TNA, for putting forward separatist proposals before the Tamil while denying such proposals to the Sinhalese.