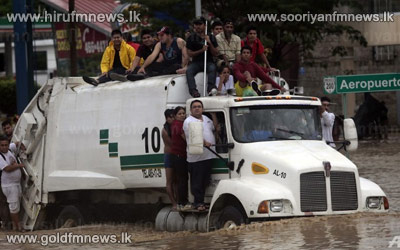 Mexico reeled from the rare one-two punch of major storms on opposite coasts that triggered floods and landslides, killing at least 40 people while stranding tourists in Acapulco.

The Pacific coast was still being battered by the remnants of tropical storm Manuel, which continued to dump rain after dissipating, while hurricane Ingrid hit the northeast with tropical storm force before being further downgraded.

Thousands of people were evacuated as the two storms set off landslides and floods that damaged bridges, roads and homes across the country.