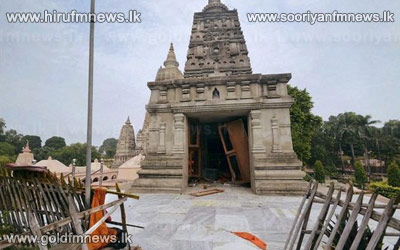 More than two months have elapsed since Bodh Gaya was rocked by serial blasts, but the suspense over who carried out the explosions in the holy town remains.

The National Investigation Agency, which is probing the explosions, is believed to have made some headway in this knotty case.

Tehsin, alias Hasan, is said to be the main bomb-maker and planter groomed by the IM.

The 20-year-old is originally from Samastipur in Bihar, and has been involved in the Hyderabad blasts case, besides carrying out terror attacks in New Delhi, Mumbai and Bangalore.

The NIA is now looking for Tehsin, who gave the police the slip a fortnight ago.

The NIA team is now hunting the fugitive IM operative, who is also now a suspect in Bodh Gaya blast case.