TNA arouses separatism in the name of election; says President. 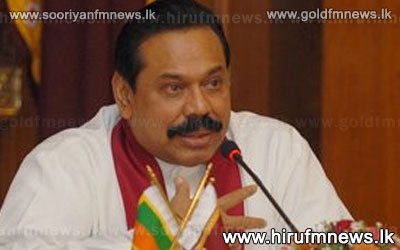 President Mahinda Rajapaksa says that the TNA arouses innocent peoples’ passion in the North and attempts to divide the country.

The President told an Indian newspaper Hindustan Times that India would not support such an attempt for the TNA to win the forthcoming provincial council election.

The President has also expressed his views about the existing problems with regard to the North Provincial Council election and the LTTE proxy TNA election manifesto during this interview with the Hindustani Times.

He said that positioning security forces throughout the island seemed a normal situation. However deployment of Armed forces in the North and the East became a necessity due to certain geographical and historical requirements.

However troops have been removed extensively from the Jaffna Peninsula after the end of the 30-year war.

President Rajapaksa reiterated that the government will not fully withdraw the security forces presence from the Peninsular on the TNA demand.

He said that the duty of the security forces is the same despite their presence either in Hambantota or Jaffna - that is to protect the country’s sovereignty.

Therefore the President rejected the TNA charges leveled against the security forces.

Majority troops are confined to Kankasanturai Harbor and Palali Airport. Troops are also engaged in redeveloping Jaffna as the city is overlooked by the people.

80 percent of election candidates contesting under the TNA ticket is represented by so called upper caste.

Consequent to this situation, a large number of so called lower caste candidates have already joined the UPFA.

The President told the Hindustani Times that the best party would only win the election as both parties have to fight a fierce election battle this time.