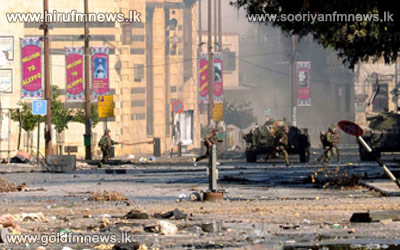 Western powers were poised to press their efforts for a UN resolution to rid Syria of chemical weapons, one day after a report by the world body describing a "chilling" sarin gas attack there.

United Nations experts, without assigning blame, said they had gathered "clear and convincing evidence" that surface-to-surface rockets took sarin gas into the opposition-held Damascus suburb of Ghouta on August 21st.

The United States had threatened a military strike on Syria over the attack, which it said killed more than 1,400 people

Washington said responsibility for the attack rests squarely with the regime of President Bashar al-Assad.