Video : No need of gimmicks for victory - President emphasizes. 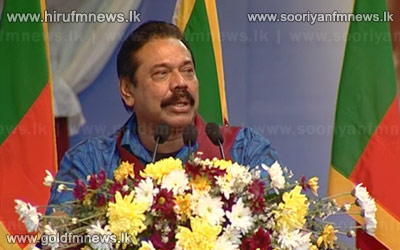 The President said so while addressing a people’s rally held at the Kuliyapitiya Industrial College premises yesterday.

Meanwhile another people’s rally of the UPFA was held at the Puttalam Urban Town Council auditorium yesterday.

On this occasion the President asserted that there were minorities in the country and that the Government had made many sacrifices on behalf of the Muslim community.