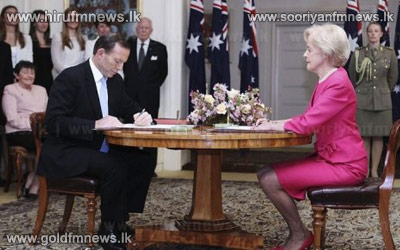 Tony Abbott has been sworn in as Australias prime minister, days after his Liberal-National coalition ended six years of Labor government.

Abbott, took the oath at Government House in Canberra in front of Governor-General Quentin Bryce.

It plans to scrap a tax on carbon emissions introduced by Labor and further toughen asylum policy.