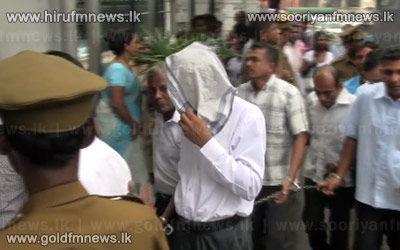 The Principal of the Kottawa Ananda Vidyalaya who allegedly attempted to obtain a sexual bribe from a mother to admit her child to the College is granted bail today.

Police arrested the suspected Principal in a guest house in Werahera area on the 5th of this month.

The case will be taken for hearing on the 13th of November.