Khurshid and G.L to meet 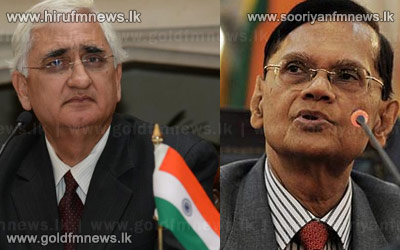 External Affairs Minister G.L. Peries and his Indian counterpart Salman Khurshid will meet in New Delhi on next Friday.

The meeting between the two ministers will be held on the sidelines of Indian Ocean Rim-Association for Regional Cooperation conference in New Delhi.

The meeting in which 19 countries are participating will discuss means of preparedness against disasters and prevent human trafficking.

The two ministers will give priority to the Sri Lankan fishermen’s problem during their meeting.

Analysts point out that holding this meeting between the External Affairs Ministers of Sri Lankan and India ahead of the Commonwealth Heads of Meeting in November is important.