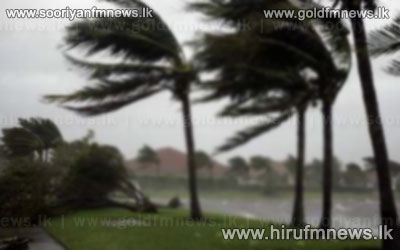 The Department of Meteorology states that strong wind could blow intermittently across the South Western and the coastal areas of the island.

Meanwhile several houses were submerged after the Tahanchi Wewa in Tangalle was overflowed due to constant rain.

Several sluice gates of the reservoirs at Lakshapana, Canyon and Norwood are further kept open due to heavy rain in the area.

Nuwara Eliya District Secretary D.G.P. Kumarasiri said the auto spill gates of the Wimala Surendra reservoir were also opened due to heavy rain in the area.