The Supreme Court issues orders for 15 respondents including the elections commissioner. 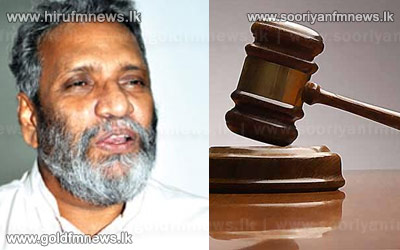 The Supreme Court today issued orders for 15 respondents including the elections commissioner Mahinda Deshapriya to appear before court after considering the fundamental rights petition presented by the All Island Samurdhi Development and Agricultural Research Assistant Officers Union.

Apart from the Elections Commissioner, the Attorney General, Secretaries of the Public Administration and Economic Development ministries and the district secretaries have also been named as respondents.

The letter states that the Samurdhi officers should sign in at the divisional secretariats between 12 and 1pm apart from signing in and out during weekdays.

However, the petition presented today states that this violates the political rights of Samurdhi officers.

The petition was taken up for hearing before a 3 member panel of judges lead by Chief Justice Mohan Peiris and orders were issued for the respondents to be present at Court on the 2nd of October.