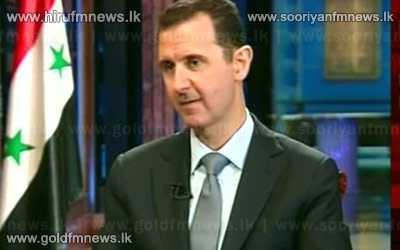 Syrian President Bashar al-Assad has said he is committed to a plan to destroy his countrys chemical weapons but warned it could take about a year.

Speaking to Fox News TV, Assad again denied claims that his forces were responsible for a deadly chemical attack near Damascus on 21st August.

The Syria disarmament plan was unveiled by the US and Russia last weekend.

The West wants the deal enshrined in a UN resolution backed by the threat of military force, but Russia objects.