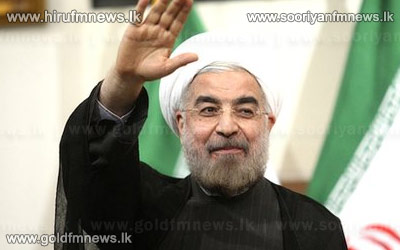 Rouhani also he had full authority to negotiate over Tehrans controversial uranium enrichment programme with the West.

And he described a recent letter sent to him by US President Barack Obama as "positive and constructive".