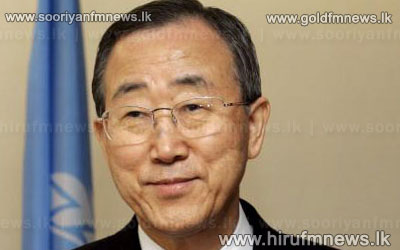 UN General Secretary Ban Ki-moon, said that the coming provincial council elections in Sri Lanka, especially in the Northern Province, represent an important opportunity for reconciliation in the country.

In a statement released by his spokesman in New York, Ban called on parties in the country to hold peaceful elections tomorrow, when 4.3 Million people are expected to vote.

National and world attention is focused on the Northern Province as it was the center stage for a 30-year war against the LTTE.

Ban Ki-moon also called all parties to work jointly and peacefully in elections held for the first time after 1987 and after elections to deal with the postwar agenda in a constructive and cooperative way.