UN must act on Syria next week, says Kerry 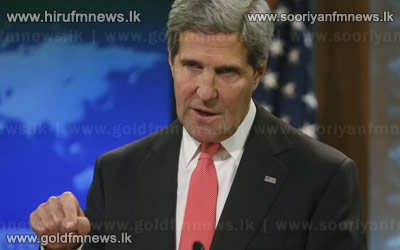 US Secretary of State John Kerry said The UN Security Council must be prepared to agree to a binding resolution on Syrias chemical weapons next week.

Kerry said a "definitive" UN report had proven that the Syrian regime was behind an August chemical weapons attack.

Kerry is leaving on Sunday to join world leaders gathering in New York for the annual UN General Assembly set to be dominated by the civil war in Syria.

Russia has backed Syrian claims that it was the opposition rebels who were behind the August 21st sarin gas attack in which Washington says some 1,400 Syrians were killed.