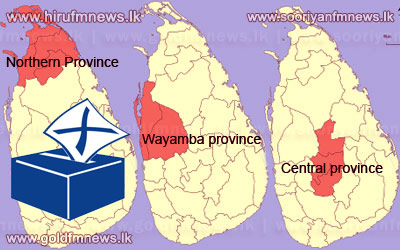 The polls began at 7 in the morning today at 3 thousand 712 polling stations and will close at 4 in the evening.

Our correspondents stated that election duty officers have reached their respective polling stations and the transportation ballot boxes to several polling stations were completed by late yesterday afternoon.

Meanwhile police says security around the polling stations has been beefed up since yesterday.

Police Media Spokesman SP Buddhika Siriwardana says that police expect full cooperation from all political and other parties to hold a peaceful election.