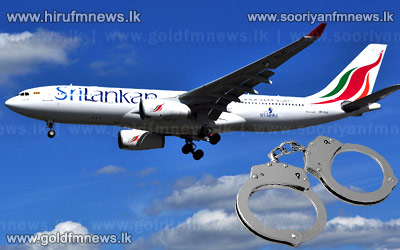 British police arrested two men on suspicion of endangering an aircraft after a Sri Lankan Airlines plane was forced to make an emergency landing at Stansted Airport, officials said Saturday.

A Stansted spokesperson stated that the Airbus A340, which was carrying 267 passengers and crew, was due to land at London Heathrow Airport but was diverted to Stansted, in eastern England, just after 6.30pm local time yesterday.

A spokesperson for Essex Police stated that police officers boarded the aircraft and arrested two men on suspicion of endangering an aircraft.

Sources stated that the two British nationals that were responsible for the incident were deported from Sri Lanka for overstaying their visas.