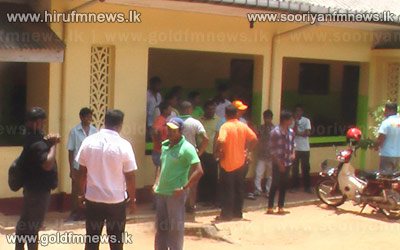 The PAFFREL organization states that 33 incidents have been reported thus far with regard to the ongoing provincial council election.

Meanwhile, two individuals have been hospitalized due to a clash that took place near the Sigiriya polling station this morning.

The PAFFREL organization stated that the two injured individuals have been admitted to the Kimbissa hospital for treatment.

Meanwhile, the election department stated that no serious incidents were reported to their control centers.

The police media spokesperson SP Buddhika Siriwardena stated that a special security plan would be initiated during the post election period.

Speaking further, he stated that the necessary arrangements has been made in this regard.