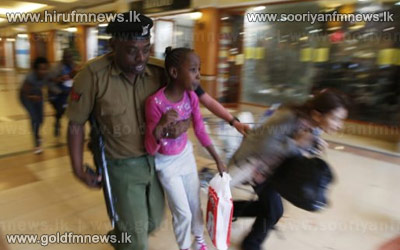 Somalias Al-Qaeda-linked Shebab rebels claimed responsibility for an attack on a shopping mall in Nairobi, saying on Twitter it was in retaliation for Kenyas military intervention in Somalia.

Shebab claimed that its fighters had killed 100 people in the attack.

The Kenyan Red Cross has said 30 people have been confirmed killed and 60 wounded.

Kenyan forces entered Somalia two years ago to fight Shebab, and remain in the country as part of an African Union force that is supporting Somalias internationally-backed government.