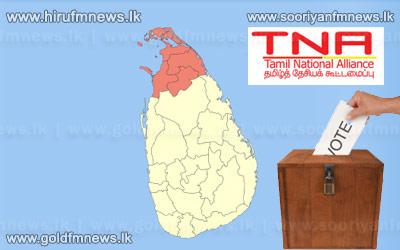 Most of the results of the Provincial council elections held for the Northern, North Western and Central Provinces have been released by now.

Postal voting results of all the districts have been released by now.

Results of all the districts in the North have been released by now and the Tamil National Alliance has recorded a crushing victory in Jaffna, Kilinochchi, Mannar, Vavunia and Mullaitivu districts.

Accordingly it has obtained 28 out of the 36 seats in the Northern Provincial Council with UPFA obtaining 7 seats and Muslim Congress obtained 1 seat.

The only election that was held was as a joint election for the North and East in 1988 where the EPRLF emerged victorious.

After the defeat of the LTTE in 2009 the TNA contested the General Elections in 2010.

Kaits electorate in Jaffna which was considered as a fortress of the EPDP being won by the TNA this time around is a speciality.

All the electorates in the Jaffna district were won by the TNA.