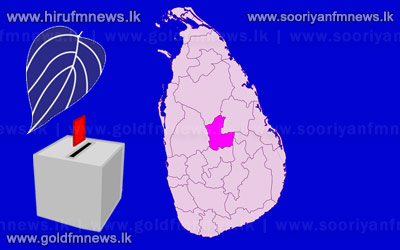 The UPFA won the Laggala, Dambulla, Matale and Raththota seats.

The UPFA won all these seats in 2009 as well but this time around their votes have decreased by 5 thousand 167 while the UNP has increased its number of votes by 7 thousand 356 in comparison to 2009’s provincial council election.

UPFA won the Kotmale seat in the Nuwara eliya District in the Central Province.

Hiriyala and Dodangaslanda seats of the Kurunegala District were also won by the UPFA.