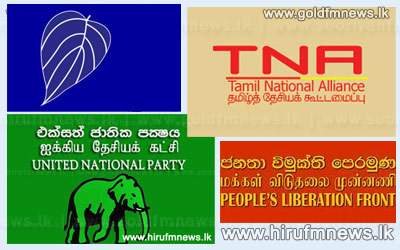 Tamil National Alliance recorded a crushing victory in the North by winning all Jaffna, Kilinochchi, Mannar, Vavunia and Mullaitivu districts.

Accordingly it obtained 30 out of 38 seats in the Northern Provincial Council with UPFA obtaining 7 seats and Muslim Congress obtaining 1 seat.

The North Western PC was won by the UPFA which obtained 705 thousand 181 votes, thus securing 34 seats.

The UNP came in 2nd with 12 seats while the Democratic Party led by Sarath Fonseka came in 3rd with 3 seats.

The SLMC won 2 seats while JVP secured its only seat in all 3 provinces from the North Western province.

The UPFA won the Kurunegala District by obtaining 540 thousand 513 votes amounting to 69.05% and accordingly secured 23 seats.

The Sri Lanka Muslim Congress and Democratic Party secured one seat each.

The Central Provincial Council was also bagged by the UPFA which obtained 716 thousand 247 votes to secure 36 seats.

The Democratic Party once again managed to make an impact with 45 thousand 239 votes to secure 2 seats while the CWC also obtained 2 seats.

The Up Country Peoples Front and SLMC managed to win one seat each.

The UPFA won the Nuwara-eliya district by obtaining 225,307 votes amounting to 11 seats.

Meanwhile, United Peoples Freedom Alliance won the Kandy District as well by obtaining 355,812 which as a percentage is 55.76 %.