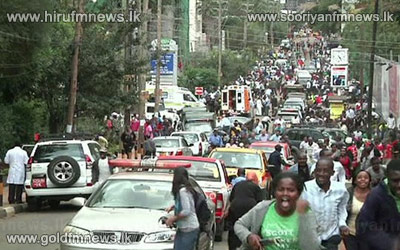 An unknown number of hostages are still inside a shopping centre in the Kenyan capital Nairobi after a deadly assault by al-Shabab militants.

At least 39 people died when members of the Somali Islamist group stormed the Westgate centre yesterday.

Officials say the gunmen have been cornered but that people are trapped in a number of locations.

Kenyan President Uhuru Kenyatta earlier vowed to "hunt down the perpetrators wherever they run to".