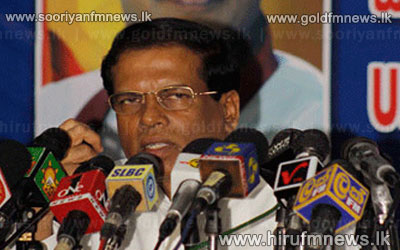 Health Minister Maithreepala Sirisena said that certain multinational tobacco companies attempted to approach him on hearing about the new gazette notification that regulated pictorial warnings on all brand of cigarette packets.

Speaking in Polonnaruwa today, the Minister said that he did not allow such multinationals to buy him.

The Supreme Court issued an injunction on last Friday on the government gazette which made it compulsory for tobacco companies to covering 80 percent space of cigarette packets with pictorial warnings.

Later the case against the gazette by tobacco companies was allowed to hear in the Appeal Court.

However the Health Minister assured that he will keep fighting against the tobacco multinationals.