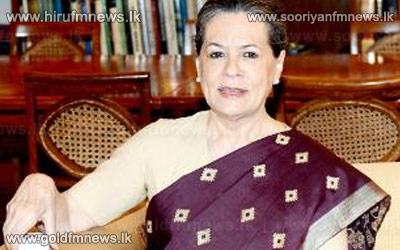 The Indian home ministry and Delhi Police have launched a probe into alleged hoax calls made to Attorney General GE by a woman pretending to be Sonia Gandhi.

The caller allegedly identified herself as the UPA chairperson and discussed crucial cases being heard in the Supreme Court.

According to Sources the top lawyer got two calls from the woman - on September 5th and 11th - before hearings on the Coal-Gate scam, or the illegal allocation of coal blocks to private parties at throwaway prices at a huge cost to the government.