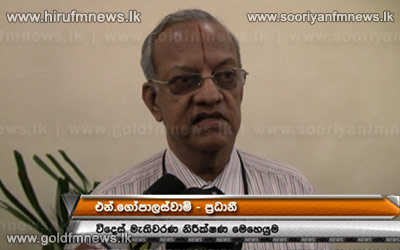 South Asian Election Monitors said that steps should be taken for further augmenting the powers of the country’s Election Commissioner.

Team Head of South Asian Election Monitors who monitored the Northern Provincial election this time and former Head of the Indian Election Commission M. Gopaalaswamy said so while participating at a media briefing held in Colombo yesterday.