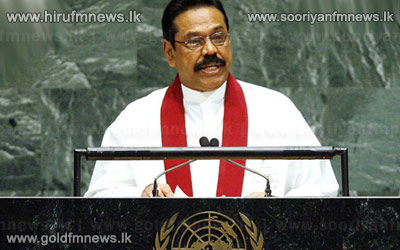 President Mahinda Rajapaksa arrived in New York City yesterday to attend the 68th session of the United Nations General Assembly and is scheduled to deliver his address today.

The President was welcomed by the Permanent Representative of Sri Lanka to the United Nations Dr. Palitha Kohona.