A principal clubs a student in Homagama. 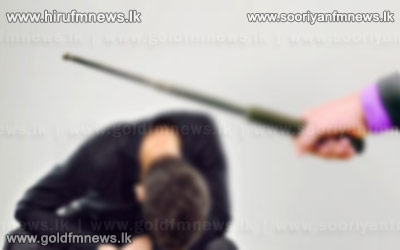 The Mother of a year-10 student of the Kiriwattuduwa Wijewardana Maha Vidyalaya in Homagama says that the school principal assaulted her son.

Chamila Sanjeevanee has complained the Kahatuduwa police that the Principal of Wijewardana Maha Vidyalaya has assaulted her son Deshan Viduranga during the school hours yesterday.

When contacted, the Kahatuduwa police confirmed that it has received a complaint in this regard.