Video : A pow vow between the President and UN Secretary General. 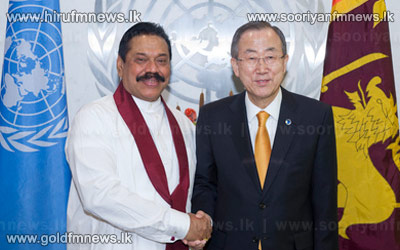 The Secretary-General noted the Government’s latest efforts to conduct the provincial elections and to implement the recommendations of its Lessons Learnt and Reconciliation Commission.

The Secretary-General also addressed the remaining challenges in reconciliation and emphasized the need for a more holistic approach.

Addressing the session UN Secretary General Baan Kee Moon said that the UN had been unsuccessful with regard to Sri Lanka’s war time actions.